Favorite Cupcake of the St. Louis Cardinals and Cardinals Care 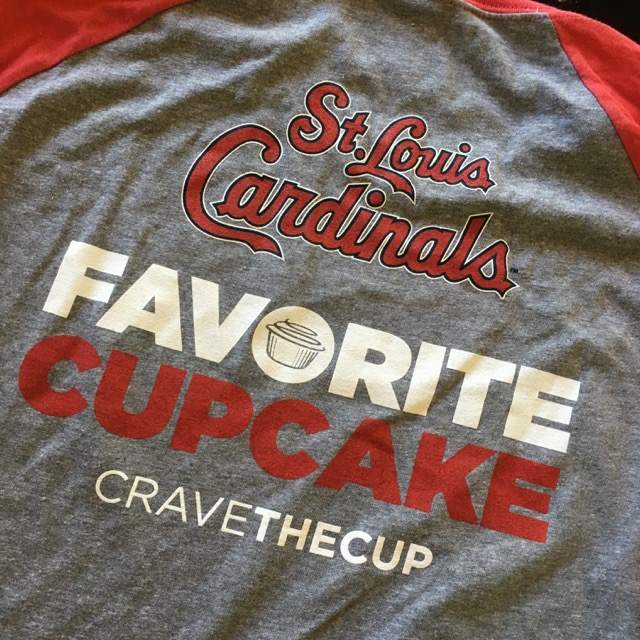 Go crazy, folks! The Cup is delighted to announce its brand new partnership with the St. Louis Cardinals and Cardinals Care, and honored to say that one of its signature cupcakes has been named the favorite cupcake of both organizations.

The Cardinals Cupcake (known previously as the Rally Cup) features swirled French vanilla and red velvet cake, frosted with vanilla buttercream and adorned with red and white sprinkles, plus a Cardinal’s logoed topper.

“We are so excited to be partnering with the Cardinals,” The Cup Proprietor Ericka Frank says. “It is a great honor for us to be a part of St. Louis’ amazing baseball tradition.”

“Not only is it a huge honor for us to be partnering with the Cardinals, it is also an incredible gift for us to be able to work with an organization that shares our commitment to giving back to our local community,” Franks says. “Baking a difference — our company’s commitment to benevolent giving — is something we take a lot of pride in, and we’re happy we’re able to use our cupcakes to support both our hometown and the home team!”

“We are looking forward to our partnership with The Cup, and the opportunity to unite with a great local business that clearly understands the importance of making community involvement a part of its culture,” Hall says. “They’ve showed a lot of spirit already and so we’re excited to share this delicious cupcake with the rest of Cardinal Nation.”

The Cardinals Cupcake will be for sale throughout the Cardinals’ regular season and any of the team’s postseason play. For more information about its availability, visit www.cravethecup.com.