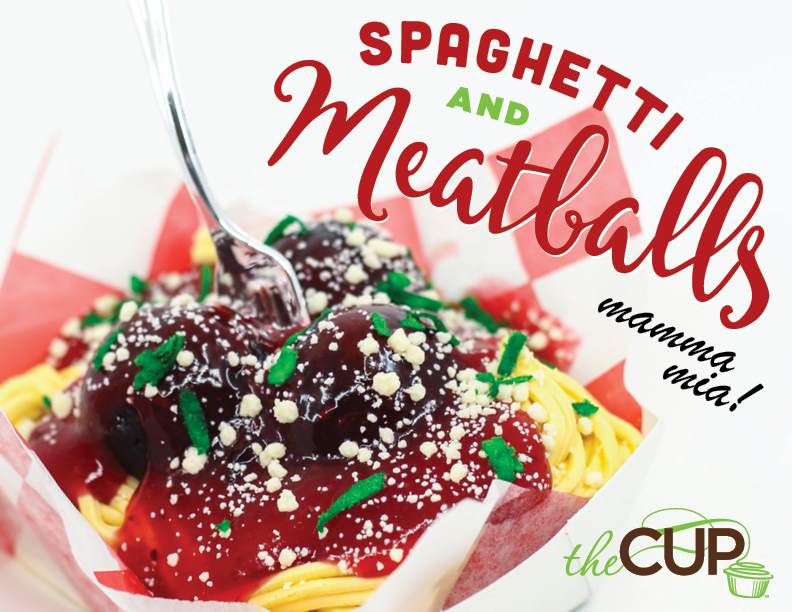 The Cup is excited to share its 2019 April Fool’s Day cupcake, this year inspired by spaghetti and meatballs.

To create a sweet treat that captures the iconic Italian-American dish, The Cup’s creative bakers will use a slice of vanilla cake topped with twirling “noodles” made from vanilla buttercream, chocolate cake “meatballs” and a raspberry-strawberry “tomato sauce.” For a final touch, The Cup will sprinkle each cupcake with white chocolate “Parmesan cheese” and tinted coconut “parsley.”

“We look forward to releasing our April Fool’s cupcake every spring,” owner Ericka Frank says. “It’s always such a fun project for our team, and a great opportunity to flex our creative muscles in the kitchen. We’re so excited to be able to share our version of one of our favorite family-dinner dishes!”

The Spaghetti and Meatballs Cupcake will be available March 29, 30 and April 1 at both locations of The Cup (Central West End and Edwardsville, IL) until sold out. Limit of 12 per customer.