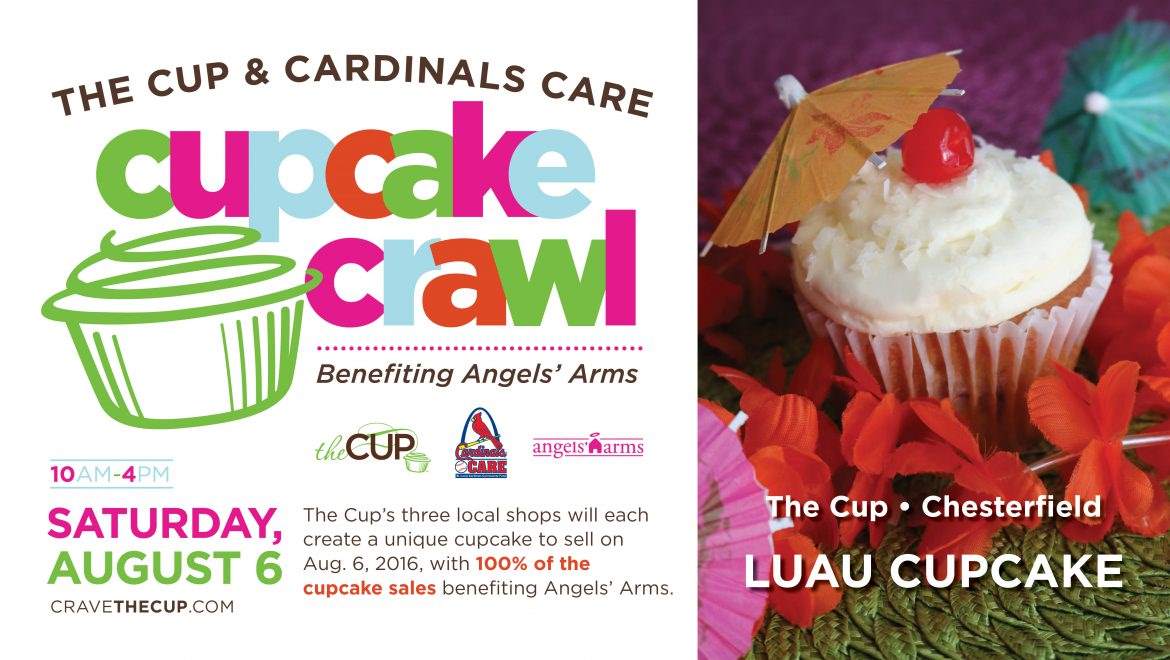 On Aug. 6, have your cake and help local kids, too, during The Cup & Cardinals Care Cupcake Crawl.

Customers are encouraged to visit all three of The Cup’s locations — in Chesterfield, the Central West End and Edwardsville, Illinois — to purchase a signature cupcake in support of Angels’ Arms, an organization that provides and supports loving homes for foster children by keeping brothers and sisters together within a nurturing family until a forever home is found.

“The Cupcake Crawl is going to be such a fun event and a great opportunity to engage St. Louisans in our company’s commitment to bettering our community through baking,” Ericka Frank, owner of The Cup, says.

The Cup and its presenting partner, Cardinals Care, are both committed to benevolent giving and have established several programs and partnerships with charitable organizations throughout the region to express its dedication to and support of its various communities. Last year, The Cup organized the St. Louis Sweet Tooth Tour, in which 13 area bakeries banded together to raise funds for Operation Food Search’s Operation Backpack program. Meanwhile, Cardinals Care, the St. Louis Cardinals’ community foundation, works year-round to make a positive impact on area youth.

Customers who visit Cup locations this Saturday will be able to enjoy a featured event cupcake at each shop; 100 percent of the proceeds from the sales of these cupcakes will be donated to Angels’ Arms:

Available at the Edwardsville location (1057 Century Dr., Edwardsville, IL 62025). Customers who visit all three locations on Aug. 6 can enter to win some fabulous prizes, including tickets and field passes for a St. Louis Cardinals game.